Women’s tennis holds its own 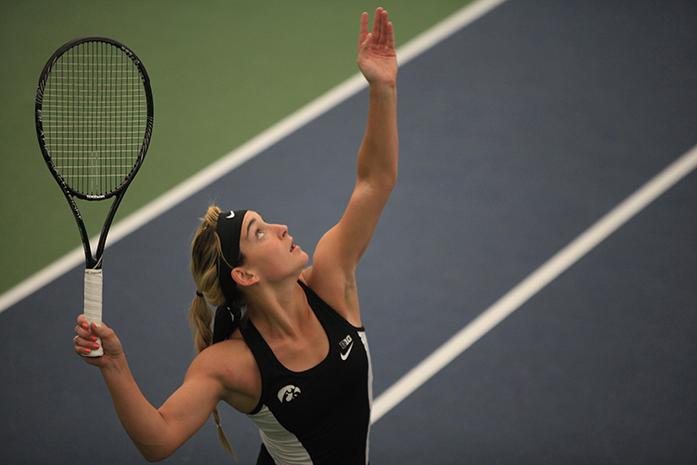 In a tournament loaded with several of the top programs in the nation, the Iowa women’s tennis team held its own at the Furman Fall Classic this past weekend.

The Hawkeyes posted a losing record overall, but that is not to say the tournament was a loss.

Despite the star-studded competition, freshmen Zoe Douglas and Taylor Tamblyn each won their opening-round matches, a very respectable feat. Douglas also fought her way to her flight’s consolation championship.

“I’m happy with how I played today,” Douglas said in a press release. “I had great support from my teammates and played some of my best tennis. Everyone we compete against at this tournament is a high standard and good opportunities for us.”

The tournament had a variety of competition, with many a tight match. Some of the sets went past 6 points, with a 2-point margin necessary for victory, and the athletes played in numerous tiebreaker matches.

By the end of the tournament, many of the Hawkeyes found themselves fighting for the fifth, sixth, and seventh place in their respective flights.

They may not have been crowned champions, but the Hawkeyes can still hang their hat on a well-played tournament in which they gained experience and improved themselves.

“We competed well today against some very good competition,” head coach Katie Dougherty said in a release. “There’s a lot we can take from matches, and we handled tricky conditions well.”