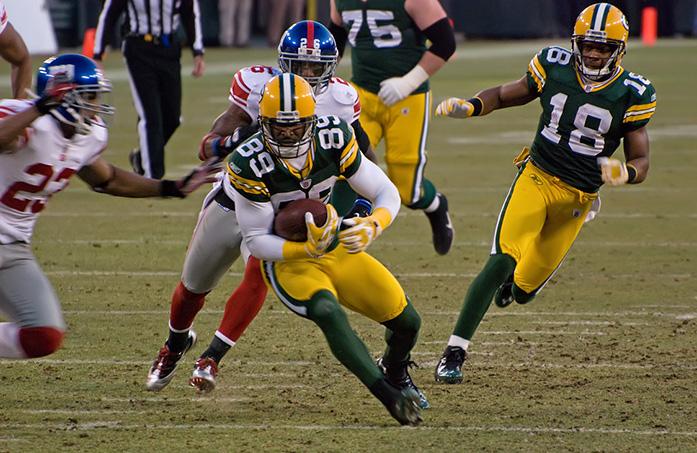 The first week of the National Football League has come and gone. Some fantasy owners tasted victory, while the rest felt the sting of defeat. If your draft picks at a position got injured or just didn’t make plays, grab one of these players who are free agents in the majority of leagues.

Quarterbacks
Carson Palmer — Arizona
Last week: 307 yards, 3 TDs, 0 INTs
Carson Palmer looked great on Sunday, completing 19-of-32 and racking up 307 yards. Best of all? He didn’t throw an interception. If you’re looking for a quarterback, Palmer is a solid choice, as long as he stays healthy.

Marcus Mariota — Tennessee
Last week: 209 yards, 4 TDs, 0 INTs
Mariota went crazy this week, putting up the kind of numbers that rookie QBs usually dream about on Saturday night. Though he faces a tougher test this week in the Browns, the production will still be there. For those getting weak in the knees with their quarterback, or are just looking for a solid backup, Mariota is your man.

Wide Receivers
James Jones — Green Bay
Last week: 4 receptions, 51 yards, 2 TDs
James Jones’ homecoming to the Packers made him look right at home in the end zone of Lambeau Field. He may not see the target volume of Jordy Nelson, who the Packers lost to injury in the preseason. But with Aaron Rodgers throwing his way, he’ll make a solid wide receiver addition to any lineup.

Stevie Johnson — San Diego
Last week: 6 receptions, 82 yards, 1 TD
Stevie Johnson might not be the Chargers’ No. 1 wide receiver, but with Philip Rivers firing cannonballs up and down the field, he doesn’t need to be. Johnson looks good on film, and he knows how to find the end zone. Even better? He’s a free agent in a majority of fantasy leagues.

Running Backs
Danny Woodhead — San Diego
Last week: 42 yards, 2 TDs
He’s back. Woodhead seemed a moot point in the preseason with Melvin Gordon stealing the show. That was not the case on Sunday. Despite his smaller size, Woodhead got the majority of goal-line carries. A confusing trend, but as long as he’s seeing these kind of touches, Woodhead is worth a pickup.

Tight End
Austin Seferian-Jenkins — Tampa Bay
Last week: 5 receptions, 110 yards, 2 TDs
Seferian-Jenkins seemed to be the only guy on the team who knew the Bucs had a game this Sunday. With a rookie quarterback in Jameis Winston and without the help of WR Mike Evans, expect Seferain-Jenkins to continue getting a high number of targets in the upcoming weeks.

Tyler Eifert — Cincinnati
Last week: 9 receptions, 104 yards, 2 TDs
Eifert came to play Sunday. Looking at his production, and the hype surrounding him heading into the season, it’s amazing this tight end is still available in the majority of leagues. If you need a tight end this week, make Eifert your first choice.

Dark horse of the Week: Titans D/ST
Last week: 2 forced fumbles, 2 INTs, 1 TD
Does anyone really understand what’s going on in Nashville right now? With the Titans facing the Raiders this week, you don’t have to. Just go with it.