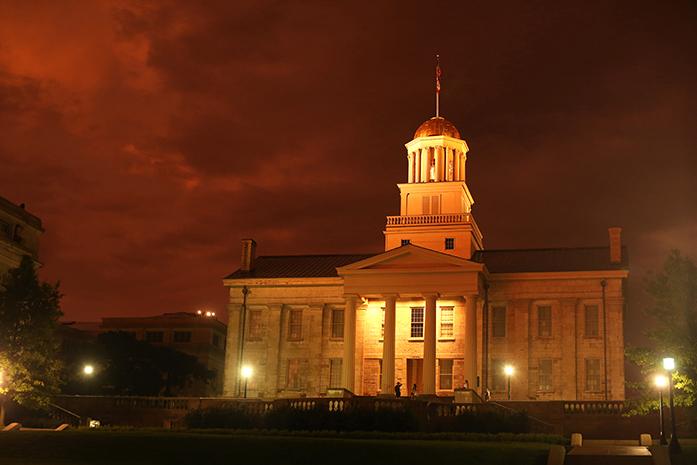 Out of state tuition isn’t mandatory for all nonresidents.

The University of Iowa recently changed its policy to allow veterans, currently enlisted military members, and their dependents to receive in-state tuition no matter what state they are from.

The change is due to the mandate in the federal Veterans Access, Choice & Accountability Act of 2014. While not exclusively required, public colleges must provide this to maintain GI Bill payment eligibility. The federal government has delayed enforcing this until January 2016.

Iowa Gov. Terry Branstad signed a similar state bill into law last year, the Home Base Iowa Initiative. The law requires community colleges to provide in-state tuition to military personnel and veterans, as well as their dependents. It followed the federal government’s act, which affected the regent universities.

The UI has begun preparing for the influx of veterans.

“This will help bring more students who are active with the military to campus and expand the demographics of whom we bring to campus,” said Sarah Billeter, the project director at the Center for Diversity & Enrichment.

Billeter said some of the new students might bring a different culture to campus.

“Those who have been active in the military or are still in the National Guard bring a sense of maturity, because they are not necessarily 18 or 19 years old coming straight out of high school,” she said. “It’s maturity — exposure to a bigger picture of the world — and it will add its own diversity to the campus.”

Travis Arment, a military & veteran educational specialist at the Center for Diversity & Enrichment, said more students are coming from out of state to take advantage of the lower tuition.

“The vast majority [of UI veteran students] are from Iowa, but we’re getting more from out of state, whether that’s from Illinois, or New Jersey, or Florida, more and more students are coming to Iowa for school and our benefits,” he  said.

Arment said there are 703 student-veterans on campus, which range from undergraduate freshmen to doctorate-level graduate students.

“We have had many calls since we sent out the first email,” he said. “The requirement does not begin until January, but the state and the regents began talking to arrange this over the summer.”

Around 300 students would be affected for the fall 2015 semester, Johnson said, but he noted that not all applicable students volunteer that information.

Apart from the new policy, which will save many students thousands of dollars, the university also hosts a variety of programs specifically to aid veterans.

Billeter said some programs include tutoring opportunities, as well as ensuring professors can adjust their methods to accommodate veterans.

When asked how he thought veterans were represented on campuses, especially at the UI, Arment said he felt optimistic.

“We’re getting better,” he said. “I wouldn’t say it’s always been the case, but there are certainly more benefits and resources available now than we’ve seen before.”