Ironies of the Iowa caucuses 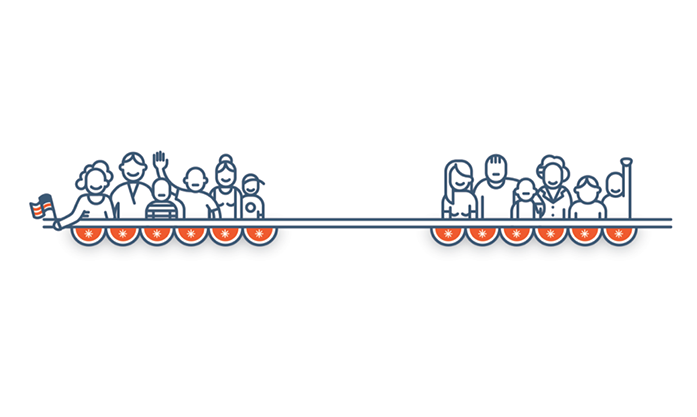 Outsider candidates are not new to presidential politics nor the first-in-the-nation caucuses, but each of the Republican hopefuls will have to confront the irony of their campaigns: winning an establishment contest with outsider appeal.

“If you’re a disgruntled voter, well, it’s one thing to run out over lunch break to cast vote at a gymnasium in town,” said Matt Strawn, a former chairman of the Iowa Republican Party. “It’s another thing to go for two hours, sit through speeches, and you may even have hear issue discussions, before you even get a chance to write Donald Trump’s name on a piece of paper.”

Unlike a traditional primary, the caucuses are for one night on Feb. 1, the tentative date. Both the Republican Party and Democratic Party will discuss political issues of their respective party’s platform and the widely covered presidential preference poll.

Specifically, outsider candidates will have to address two factors: explain the caucus process to voters who may be disinclined and/or have misgivings about established political process and build support among those who are traditional caucus-goers.

Building this support might be easier than some expect, said Christopher Hull, a former chief of staff for Rep. Steve King, R-Iowa, and author of Grass-Roots Rule: How the Iowa Caucus Helps Elect American Presidents.

Hull said that while caucuses are traditionally regarded as tools for political insiders, the contests also attract a healthy number of party activists — those who may be ripe with anger that might lead them to an outsider candidate.

“On both sides, the Republican and Democratic activists are concerned about the prior establishment choices for their party’s nomination,” said Hull, who is now works as an independent political consultant.

The rules for the caucuses mean candidates cannot count on any or a combination of these factors: early voting, absentee ballots, or even swarms of eager supporters throughout the day.

All of those rules tend to be traditional mainstays for primary elections, which also feature low turnout among even registered voters.

Tim Albrecht, a former communications director for Gov. Terry Branstad and a veteran of Mitt Romney’s and Steve Forbes’ presidential campaigns in 2008 and 2000, respectively, argues that caucus-goers have a history of supporting candidates viewed as “outsiders” — pointing to the 1996 and 2000 Republican caucuses.

Such obstacles are not just questions for Republicans, however.

Sen. Bernie Sanders, I-Vt., like Trump, has been drawing crowds in Iowa. And while the senator has a much longer history in public service, he is often portrayed as the fringe candidate to someone like former Secretary of State Hillary Clinton or even former Maryland Gov. Martin O’Malley. Sanders is a self-described socialist who has long bashed his own party.

A Des Moines Register late-August poll of likely Democratic caucus-goers show the independent senator draws a sizable slice of his support from those who have never participated before. With a 4.9 percentage-point margin of error, 43 percent of respondents who would be caucusing for the first time said they support Sanders.

Robert Becker, Sanders’ Iowa chairman, says this is why the campaign is holding training sessions across the state — just under five months before the big night.

“You’ve got 1,600-plus caucuses at the precinct level across Iowa at the same night at the same time — it’s just a community meeting, bring five of your friends,” Becker said in an interview with The Daily Iowan.

One tactic past outsider candidates have used to gain a leg up is turning their groundswell of support into a quasi-movement. Such a strategy was crucial to the standing in 2008, and especially in 2012 of former Rep. Ron Paul, R-Texas.

The Paul campaign serves as a good example because his supporters, Strawn said, understood that it is not just enough to rage against the machine of the status quo.

To help address these organizational questions, candidates such as Ben Carson, Trump, and Carly Fiorina may find some of the answers in staffers whose résumés are far longer when it comes to traditional politics.

Earlier this year, the 69-year-old Trump reached network of politics and plucked out Chuck Laudner, former chief of staff for King and more famously, truck driver and strategist for former Pennsylvania  sen. Rick Santorum who surpassed expectations with a late surge of support that helped him win the 2012 Iowa Republican caucuses.

Carson and Fiorina have encountered similar situations with their staffing decisions.

Carson tapped Rep. Rob Taylor, R-West Des Moines, who was also active in the movement to draft Carson to run. Fiorina turned to Mary Earnhardt, the head of John Archer’s bid to oust Rep. Dave Loebsack, D-Iowa, in 2012 and a former chief lobbyist for Iowans for Tax Relief at the State Capitol.

In some cases, the candidates themselves make moves that appear to cater to more mainstream sensibilities.

For Trump, this meant going from being criticized by the national head of his own party to having that same person, RNC Chairman Reince Preibus, trek to Trump’s headquarters at Trump Tower in New York City where the business mogul signed a document he refused to even consider in a number of instances just months, if not weeks, before Sept. 3.

Trump pledged to support whoever wins the Republican presidential nomination. Previously, he refused to rule out a third party run.

Any candidate can crusade against the establishment, members of his or her own party, or even their fellow hopefuls.

But for Rachel Caufield, an associate professor of political science at Drake University, it really just comes down to votes.

“At the end of the day in the Iowa caucuses, candidates have to establish a widespread support across the state, understand the caucus process, and turn people out to vote,” she said.