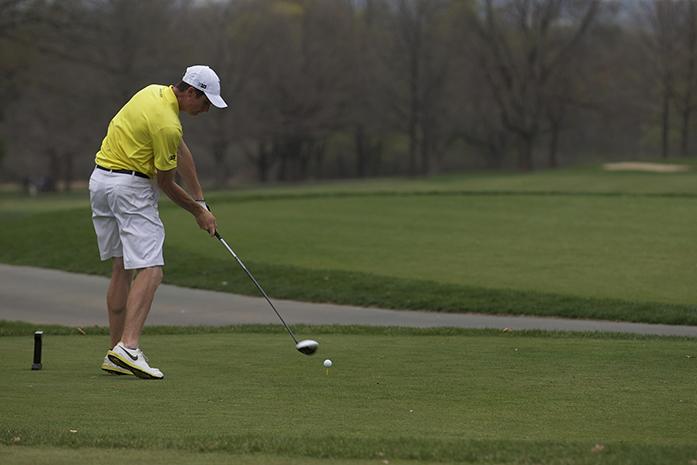 With the new season finally here, the Iowa men’s golf team will rely on three freshmen, all born and raised in Iowa.

Matthew Walker is from Ottumwa, Aaron DeNucci is from Clive, and Aaron Wirt is from Des Moines.
This is unique; the team has a number of players from a variety of different places mainly throughout the Midwest, with one player from Thailand.
“We want to give opportunities to kids from Iowa to play for this university because I think it’s important for our culture and our alumni,” said head coach Tyler Stith. “I was given an opportunity to play here growing up in a small town, and I was able to play for the school that I grew up following, which was a dream.”
Also, with the graduation of Ian Vandersee after the 2015 spring season, Walker, DeNucci, and Wirt are the only players on the team from Iowa.
Walker had a similar experience to Stith; he was also a Hawkeye fan before joining the team.
“I’ve always been a Hawkeye fan,” Walker said. “It worked out, and now I get to play for them.”
Walker always wanted to go to Iowa so when the golf team was looking at him during their recruitment process, he jumped on the opportunity to attend the school and play golf for them.
Not only was he happy with his choice of school, he’s happy with how his teammates have treated him.
“It’s great, I love my teammates, and it’s a lot of fun; this feels like a family,” he said. “It’s pretty easy to come in and play well when you have that type of atmosphere here.”
Good team chemistry has aided Walker and the rest of the freshmen in adjusting to college golf, and it will also help the team as a whole.
Junior Carson Schaake also has a good feeling about this year’s incoming freshmen.
“Our freshmen have the experience and the attitude that we need to go out there and play good from the beginning,” he said.
While he realizes that freshman year is a tough adjustment, he sees the potential in the recruits and has a good feeling about their contributing to the team and getting some wins.
But the freshmen need to produce for the team, and Stith is confident they will.
“It’s a tough adjustment for anyone, but we have a small roster here, and we’ve done that for a long time so that everyone that comes in is expected to compete and contribute right away,” Stith said.
“It’s not the type of program where we spend two or three years trying to develop people. We’re looking for guys who come in and play right away, and these guys have that sort of ambition, and I think that they all have the game to compete and push for spots.”