Jumping into, past fear 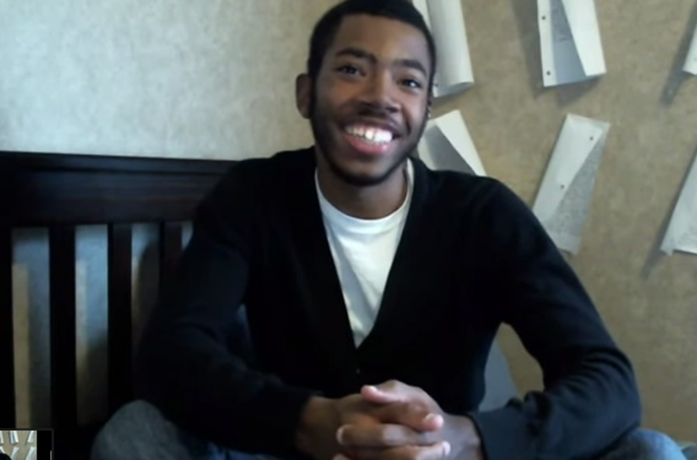 When Austin Hughes created a two-minute video about himself to apply to speak at the University of Iowa’s 2015 Convocation, he decided to show the application committee exactly who he is.

“To be, or not to be, the 2015 Convocation speaker,” Hughes began his video. “That is the question, and I am the answer — hopefully.”

More than a dozen freshmen applied to speak Sunday afternoon, and the committee selected Hughes to be the class of 2019 representative. The event was held at 4 p.m. Sunday on the Pentacrest to welcome the incoming freshman class.

Hughes will major in English and theater. His creative passion began when he took a public-speaking class during his sophomore year in high school.

In an interview, he recalled that the class “broke his comfort zone to pieces,” turning him into an outgoing person and a dynamic speaker.

Lin Larson, the director of creative services in the UI Office of Strategic Communication, was a part of the selection committee. He assists the winners each year with preparing their Convocation speeches.

Larson said that Hughes’ application stood out because of his ability to creatively express his personality while explaining what he wanted to tell his classmates.

“Austin had a lot of energy, and he was engaging. In his video, he talked about himself and his interests,” Larson said. “He’s a writer and an actor, and he talked about how getting involved with theater shaped him as a person.”

Hughes chose to focus on a quote by former President Franklin D. Roosevelt in his speech: “The only thing we have to fear is fear itself.”

Hughes expressed the importance of dealing with fear rather than escaping it.

“I talked about something that’s close to my heart. I’m super big on self-improvement,” Hughes said in an interview. “It’s easy to say ‘jump,’ but not everyone knows how to jump, so I talked about what it takes to grow. It’s all about getting acquainted with fear and uneasiness, because that means you’re growing as a person.”

The event was on the last day of On Iowa, a series of welcoming events for new freshmen.

“I thought Austin’s speech was amazing and really inspirational,” UI freshman Amara Nelson said. “As a fellow writer, I definitely admire his talent and the bravery it took to speak in front of the whole class.”