An era of division 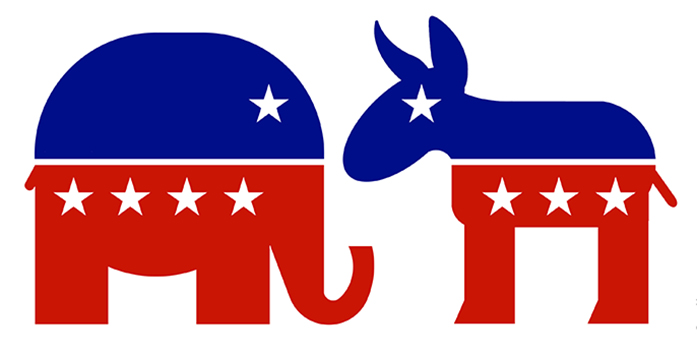 Throughout my adolescence, I have grown to loathe the season of political campaigning, in which the various political A-listers come out to vie for the attention of the voters that can either make them or break them.

The reason I despise this most bureaucratic pastime is because my own family has a nearly 50-50 split of Democrats and Republicans, making dinner conversations mini-debates in their own right. In all honesty, though, it is more precise to say that they talk at each other rather than to each other.

Bizarrely enough, my family’s debates are a microcosm of the biggest problem in American politics: Neither of the two dominant parties seems capable of working with the other.

There was a time when Republicans and Democrats could get along. While each side wanted nothing more than to have one of their own hold the highest office in the land, the fact remained that both parties would work together in an amicable fashion in order to respectfully carry on their duties. That type of ethic seemed to come to an end around the time of the Clinton-Lewinsky scandal. Since that day, there has been a great deal of tension among the political parties.

To some people, this may not seem like a big deal. Both Democrats and Republicans have competed for the votes of the populace since their formation. However, the truth of the matter is that this type of combative politics is detrimental to the masses and therefore, in danger of alienating future generations to the election process.

According to the Washington, D.C., based Project Vote, the number of 18-29 age people who voted in the 2008 presidential election made up only 17 percent of the voting population. Many critics have called out the younger generation’s cynicism as a leading factor to the less than desirable voter turnout. However, no one seems to focus on what causes said cynicism.

As I mentioned before, I have grown to detest talks of politics because of the verbal battlefield that occurs among my family. I suspect that other people in my age group have a similar feeling. According to The Atlantic, children learn a great deal from simply watching their parents and family. If these children/young adults see their family members arguing yet refusing to listen (and continue to see it for years), then it is easy to see that this confrontational attitude can dissuade the younger generation from getting involved with politics to the extent of their predecessors.

The reality that both Democrats and Republicans act more as vehement enemies rather then professional colleagues is detrimental to future elections. In order to cease alienating the younger voters, professional etiquette must make a return to the political world. It is time for the professionals to act the part.