Put the troops where we need them 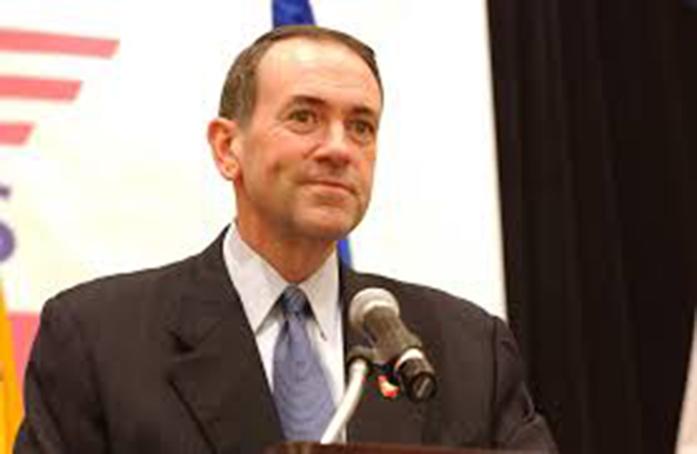 When asked about what he would do to end abortion in the United States, he responded that he wouldn’t rule out deploying federal troops or employing the FBI to stop the practice of abortion once and for all. While being anti-abortion is a common stance among Republicans, Huckabee’s words resonated as especially fervent and severe.

However, given the urgency to which Huckabee discussed the end of abortion, it’s important to evaluate how the issue of abortions stands against other issues going on in both the United States and the world.

Recently, there has been an outpouring of young, unarmed black men and women being killed by the police. These incidents have incited both social unrest and distrust between civilians and police as well as illuminating that our country’s problem with racism is very far from over. Still, Huckabee doesn’t seem too concerned about the lives and welfare of these young men and women across our country.

There are also many other lives at risk across the globe. On the same day that Huckabee made his remarks, a 16-year-old girl died after being stabbed at Jerusalem Pride. She is a tragic reminder that the fight for the rights and lives of LGBT+ people is nowhere near finished. Trans men and women, particularly trans people of color, are the most likely group to commit suicide or live in extreme poverty. Gay, lesbian, and queer kids are bullied, harassed, beaten, and killed every day across our country and in the world. Yet, these are not the people whom Huckabee is concerned about. To him, these are not the people who deserve troops.

So, let’s look at what Huckabee does think deserves troops. According to him, the rights of an unborn fetus trump the rights of people living in this country. But why is that? After all, an unborn fetus below 22 weeks (the common abortion cut-off in the United States) is not a conscious human being.

Without consciousness, there is no fear, no pain, and no distress. A fetus that is aborted below the cut-off date is not a life lost, but a life not-yet begun. And while these fetuses cannot feel, the people of our country sure can.

Recently, a video surfaced capturing Planned Parenthood officials discussing the selling of donated fetal tissue. The video caused a tidal wave of controversy and led to outrage across the country. But what people don’t seem to understand is that fetal tissue can help save lives, specifically those living with amyotrophic lateral sclerosis. Stem cells are the light on the horizon for people dealing with this horrible disease, and fetal tissue is one of the best ways of getting this cure. By donating the tissue of their aborted fetuses, women across the country are helping to save lives.

Millions of people across the world are in need of our help, from the African American community to LGBT+ people and many, many more. If Huckabee is going to deploy troops to protect a group, it should be one living on this planet.