Quadrangle, the dorm you won’t see on the campus tour 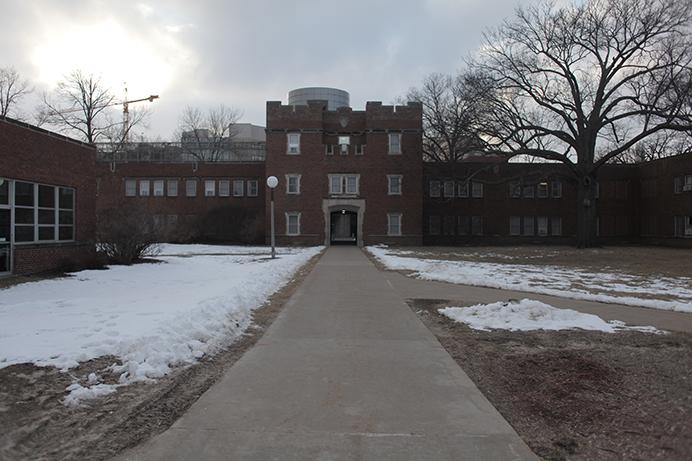 Construction cranes overlook Quadrangle Hall on Tuesday, Feb. 17, 2015. Quad was built in 1920 and was used as a barracks during World War I before housing students. (The Daily Iowan/Mikaela Parrick)

Quadrangle, the dorm you won’t see on the campus tour

Built in 1920, and widely recognized as one of the worst dorms on campus, the University of Iowa’s Quadrangle Hall was just recognized by the the New York Times as a type of dorm freshman students will never see on a campus tour.

Originally built as a World War I barrack, the three-story dorm is cramped and has long been plagued with plumbing, heating, and pest problems.

“It kind of always smells like it’s 100 years old,” UI nursing major Riley Coyle told the Times. “It’s kind of like a mixture of mildew and old people, I would say.”

Michael Kessler, who lived in Quad three years ago, also spoke with the Times about the state of the dorm.

“When you’re coming in, that’s not the dorm they show you on the tour,” he said. “Quad is probably your last choice coming to Iowa.”

Kessler did emphasize the great friendships forged during such hardships. “I would not take it back for the world,” he told the *Times*.

Luckily, for the next generation of students, however, the UI has recently completed construction on Petersen Hall, its first new dorm since the 1960s, and the cockroaches of Quad will soon be no longer — it’s set to be demolished during the summer of 2016.